God, the "Great Iconoclast."
​"For too long, Christ has been pictured as a blue-eyed honky... we need to dehonkify him."
​(James Cone in,  "A Black Theology of Liberation"

An historic moment, the first meeting of two living popes in 400 years.
I wonder why Pope Francis decided to pray at the alter of the Black Madonna and Child on this occasion?
​
​JESUS WAS BLACK or BROWN.

(as were Adam, Eve, Noah, Melchizedek, Abraham, Sara, Hagar, Joseph, Jacob (Israel), Rachel, Pharaoh, Moses, Miriam, David, Solomon, Isaiah, Ezekiel, Daniel, Elizabeth, Mary, John the Baptist, Peter, Paul, Mary Magdalene, Matthew, Mark, Luke, John, etc.)
​
The painting below came prior to the ubiquitous misrepresentation of Jesus and all the characters of the Bible as white.  In the Egyptian and Middle Eastern deserts, folks would have died without significant melanin, true? Isn't that how Tuco practically killed Blondie in "The Good Bad and the Ugly," by marching him into the desert without a hat?  The painting to the right is by ​BMike, an artist in New Orleans currently living breathing walking and ministering through murals.  The vast majority of African-Americans know that Jesus was a brown or black man. Time for the rest of us to get this right not only in art, but in our hearts. The implications are significant. ​ 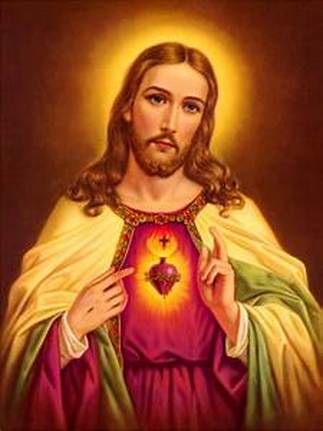 Art's Role in Concealing the Cross and Lynching Tree Connection

How has art such as that pictured to the right distracted us all from the truth of a black Jesus and from "the kingdom of heaven within you," (Luke 17:21)
Popular Mechanics published the images below, the outcome of scientist Richard Neave's forensic research into what Jesus may have actually looked like. Here is an excerpt from "The Real Face of Jesus: Advances in Forensic Science Reveal the Most Famous Face in History. "

"Matthew's description of the events in Gethsemane offers an obvious clue to the face of Jesus. It is clear that his features were typical of Galilean Semites of his era. And so the first step for Neave and his research team was to acquire skulls from near Jerusalem, the region where Jesus lived and preached. Semite skulls of this type had previously been found by Israeli archeology experts, who shared them with Neave."

The same research suggests Jesus was about 5 foot 1 inch tall and about 110 pounds, that he also most likely had short, very curly hair. For example, the Apostle Paul, who had seen Jesus, says, in 1 Corinthians 11:14 "Does not nature itself teach you that if a man wears long hair it is a disgrace for him."
Which of the images on this page are closer to the the truth?
​Which would resonate more for who? What are the consequences of that resonance or lack thereof?
Was Jesus a yogi-like peaceful spiritual teacher or a rebel, revolutionary?

Richard Neaves reconstructed an image of what Jesus would have looked like as described in the Bible and as suggested by the Biblical text, which says that long hair on a man is "a disgrace for him."

From Alexey Kondakov’s series ‘Art History in Contemporary Life’ https://twitter.com/Furmadama…/…/1035965285847719936/photo/1
Okay... if Neave's image is closer to the truth, then what would Mary and Joseph have looked like? Could a woman like that pictured to the right have been Mother Mary?

The artist Alexey Kondakov has huge talent,  but my beef is that the Virgin and Child pictured here did not need Herod to kill them, they would have been dead on the road to Egypt before Jesus hit 6 months with so little melanin. So yes, art and art historians have been part of the machinery of deception that has kept racism alive and allowed whites to miss the obvious connection between the cross and the lynching tree.

Religious art has kept “mental slavery” alive and well. An artist of Alexey's tremendous caliber has the gifts and power to overturn huge paradigms that cripple truth and love.

​It breaks my heart to witness thousands of Catholics from Central America and Mexico in the relatively new cathedral in downtown Los Angeles, worshipping under historically incorrect, deceptive, white-supremacy-promoting images of the apostles, the Virgin and child with skin white as snow.

Alexey's painting works because the white biblical figures ARE iconic - which is also the tragedy. If black or brown images were used, the artifice of the piece wouldn’t work because it is relying on the familiarity of the glowing white-skinned images of angels, Mary, Jesus, and God. To achieve the effect of “God with us” or “Immanuel” while making an effort to undo the devastating paradigm, the artist might bridge his viewers to truth as he awakens to it himself..

Anyone have thoughts about how Alexey Kondakov might move forward? I could see that if his consciousness evolved, this work could be part of a VERY powerful testimony to that journey, within the larger story of his life’s work. His next work, for example, might choose an iconic religious setting, such as the Last Supper, and infuse it with brown and black faces, or the same with the images of the Sistene Chapel. After all - the fact that I’m able to write these words is testimony to my on-going learning. I couldn’t have written them even 6 months ago. So I’m not judging, believe it or not. Who am i to judge???!!! Of myself, I’m blind as a blind-folded bat, deaf as a ear-plugged doorknob!!! “Was blind but now I see.” But I, too, like this artist, have a voice and can express where I am at to some small degree in my continuing journey towards and within the Truth, the Light, and the Way.

Notice the movies of late that portray Jesús choose actors that can “pass.” Pretty boys with brown (ish?) skin - “let’s get a “one drop test on that guy” - and middle eastern (ish?) features. But Christ - and presumably momma and poppa - were not “pretty” in the conventional GQ or Essence or Vogue sense. Very undistinguished looking according to the Bible - so much so that the only way Judas could distinguish Jesus for the Roman soldiers was by a kiss. And that also means there was a uniformity of features with those around them... how else did they and he escape notice when so relentlessly hunted? That would be an interesting use of this artist’s tremendous talent. A group of people on the metro - one is Jesus.... but which one?

Last thought: I have taught many children from Central America and Mexico named Jesus (pronounced hey-Zeus) but not one Armenian, Korean, Caucasian, or African-American child named Jesus (pronounced Geez-us). Why is one group - raised a bit more apart from main-stream American and European white“religious” culture able to name their children "Jesus?" What does that say about their concept of “the image of God?” What does that say about their relationship to Jesus? Could a white community in 1824 permit a black enslaved person to name his or her child Jesus? Why didn’t those same whites name their own children Jesus?

I imagine myself in class in third grade. The teacher asks, "What is the value of 8 sevens?" As she pauses, more and more hands wave excitedly. The teacher indicates the student to my right and says, “Yes, Jesus?” He answers, "The value of 8 sevens is 56." How would that scenario have affected my concept of Jesus, of God, of my classmates and their parents, of myself?

B'Mike portrays a brother with a halo. At a showing, the young man who modeled for the work walked in front of it, making it even more evident the connection between ourselves and God's Children.
Poem: Epiphany!