​STEP 8: Made a list of THE People we had harmed
and became willing to make amends to them all.
PRINCIPLE: FORGIVENESS 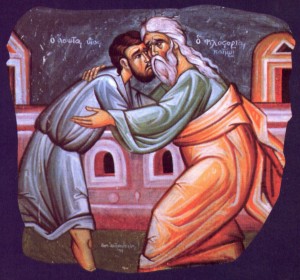 After taking Step 7, it's time to repair the past... but thank God Step 8 comes before the action of actually approaching others to make amends. It's imperative that I have a heart that sincerely wants to set right the past and has no need for approval or understanding. In other words, this isn't about asking others to make me okay, to make me feel better about myself or the wrong I've done. It is an admission - like Steps 1 and 5.

The progression is clear, moving from a personal private admission, to an intimate admission with one other neutral person, to an admission to others of the harm I have caused and my willingness to set right. The process is moving me from within myself to the world at large.

The very people I was so angry at before, are often the same people I became willing to approach to make amends, having seen my wrong in the fourth and fifth steps: family, employers, classmates, co-workers, teachers, fellow dancers, lovers, landlords, etc... Sometimes it has taken years to see my wrong because I was still so justified and my morals were so shattered.