Assigned "the watch"
in days of old,
from highest peak
from upmost level
I look out to
what portends evil


In Step 10, we are asked to watch, to scan our interior horizon for what threatens love, compassion, creativity, service...
One of the primary emotions we watch for is fear.
I've chosen five fears that God might want me to watch for, pay attention to.
(Your list may be different!)
​ 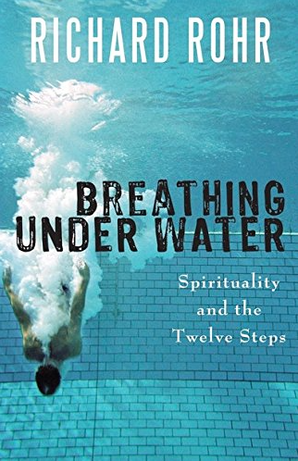 Fear #1 - Addiction
- the compulsive need for something that is harmful to my love of others, of myself, and/or of my relationship to God.

We all might recognize addictions to drugs, food, alcohol, sex, our appearance, privilege, human approval, Netflix, gambling, etc.
What were those envious of Jesus addicted to? Did the Pharisees and Sadducees lynch him because they were addicted to power? rules? being right? control? prestige? routine? the status quo? religion? Can religion might be defined as man's effort to justify himself?
Is the core of all addiction self-centered fear, anxiety, the need to play God?

"I tell you, do not be anxious about your life, what you will eat or what you will drink, not about your body, what you will put on. Is not life more than food, and the body more than clothing?
Look at the birds of the air; they neither sow nor reap nor gather in barns and yet your heavenly Father feeds them. Are you not of more value than they? And which of you by being anxious can add a single hour to his span of life? And why are you anxious about clothing? Consider the lilies of the field, how they grow; they neither toil nor spin, yet I tell you, even Solomon in all his glory was not arrayed like one of these.
But if God so clothes the grass of the field, which today is alive and tomorrow is thrown into the oven, will he not much more clothe you, O you of little faith? Therefore, do not be anxious saying, 'What shall we eat?' or 'What shall we drink?' or 'What shall we wear?' For the Gentiles seek after all these things and your heavenly Father knows that you need them all. But seek first the kingdom of God and his righteousness, and all these things will be added to you." (Jesus, as quoted in the book of Matthew 6:25-33)

​Addiction demands we fulfill its wants first, NOT those of the "kingdom of God" as Jesus says or "performing God's work well" as the Big Book says. All addictions are "Counterfeit Gods" as Tim Keller calls them. Richard Rohr wisely suggests that "addiction" is synonymous with "sin" in his book, "Breathing Under Water."

"The fear of (addiction) is the beginning of wisdom..." (derived from proverbs 9:10)

God, keep me responsive to your leading, seeking and surrendering to your will. 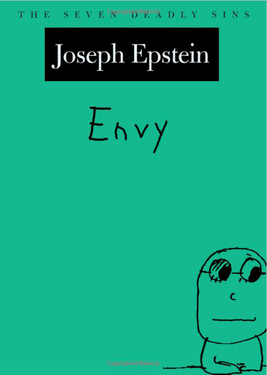 Fear #2 Envy
​- wanting what someone else has, can do, or is

​Last night under the street lights, two middle-schoolers duked it out over a boy while the family and neighbors watched from porches and wrought-iron screens. Mighty screaming signaled the fight. Grandma Eunice, "I'm not going to hurt myself and put myself between the two of you." She tried to keep her beloved indoors but the girl would-not-could-not be contained.
A silent wrestle: curved backs, locked heads, small steps in circles, arched punches, over-heated sweaters; finally, they were separable; strident yells and taunts resounded as the adversary walked back to her own. Everything got quiet as the kids went inside: grandma held the door open, closing it behind the last in line, little Diamond, a second grader.

"Pilate said to them, "Whom do you want me to release for you; Barabbas, or Jesus who is called Christ?" For he knew that it was out of envy that they had delivered him up." (Matthew 27:18)

"The fear of (envy) is the beginning of wisdom..."  (derived from proverbs 9:10)
​
Father God, I pray for the power to delight in and effectively nurture all your children's gifts. 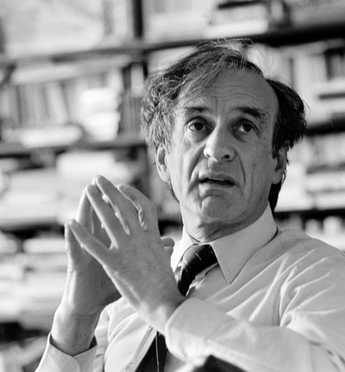 Fear #3 Indifference
​- knowing the right thing and not doing it

"If you are neutral in situations of injustice, you have chosen the side of the oppressor." - Desmond Tutu
"The hottest place in Hell is reserved for those who remain neutral in times of great moral conflict." - Martin Luther King
The opposite of love is not hate, it's indifference. The opposite of art is not ugliness, it's indifference. The opposite of faith is not heresy, it's indifference. And the opposite of life is not death, it's indifference.” -Elie Wiesel
​
Matthew tells the story of Jesus being approached by a lawyer, who asks him how to inherit eternal life.
Jesus replies with a question, "What is written in the law? How do you read it?
And he (the lawyer) answered, 'You shall love the Lord your God with all your heart and with all your soul and with all your mind, and your neighbor as yourself."
And he (Jesus) said to him "You have answered correctly; do this, and you will live."
But he (the lawyer), desiring to justify himself, said to Jesus, "And who is my neighbor?"
Jesus replied, " A man was going down from Jerusalem to Jericho, and he fell among robbers, who stripped him and beat him and departed, leaving him half dead.
Now by chance a priest was going down that road, and when he saw him he passed by on the other side. So likewise a Levite, when he came to the place and saw him, passed by on the other side. But a Samaritan, as he journeyed, came to where he was, and when he saw him, he had compassion. He went to him and bound up his wounds, pouring on oil and wine. Then he set him on his own animal and brought him to an inn and took care of him. And the next day he took out two denarii and gave them to the innkeeper, saying, 'Take care of him, and whatever more you spend, I will repay you when I come back.'
Which of these three do you think, proved to be a neighbor to the man who fell among the robbers?"
He (the lawyer) said, "The one who showed him mercy."
​And Jesus said to him, "You go, and do likewise." (Luke 10:36-37)
Remember, the Samaritan was an outcast in Jesus' time while the priest and Levite were presumably religious leaders.

"The fear of (indifference) is the beginning of wisdom..." (derived from proverbs 9:10)
​
God, I pray for a heart of compassion, a heart of flesh that leads me to do the right thing.

In my drinking and binging days, I lied and lied and lied to defend my insanity. I lied about what I was doing. I lied about where I was going and why I was going there. I lied to myself. Now sober, I see that denial takes a thousand forms, denial of painful or embarrassing truth, of science and laws of physics, of racism, of the consequences of self-centered fear, of spiritual laws, of my need for God's Power, Love, and Way of Life.

Jesus was not in denial. He saw the whole truth and nothing but the truth.

Peter said, "Lord, why can I not follow you now? I will lay down my life for you."
Jesus answered, "Will you lay down your life for me? Truly, truly, I say to you, the rooster will not crow till you have denied me three times."
And so it was; Peter denied the truth of his association with Jesus three times before the cock crowed. He was blind to his weakness, overly confident in himself and could not pray for strength.

Jesus says to the Pharisees, "Woe to you, scribes and Pharisees, hypocrites! For you tithe mint and dill and cumin and have neglected the weightier matters of the law: justice and mercy and faithfulness, These you ought to have done without neglecting the others. You blind guides, straining out a gnat and swallowing a camel!" (Matthew 23:23-24)
And so it was; the Pharisees condemned Jesus for "gnats" such as healing on the Sabbath and hand washing while "the camel," - the failure of their religion to free people into an authentic relationship with truth, worship, and the Father - was swallowed without a problem.
​
"The fear of (denial) is the beginning of wisdom..." (derived from proverbs 9:10)
​
Great Spirit, I pray to pay attention to the truth. 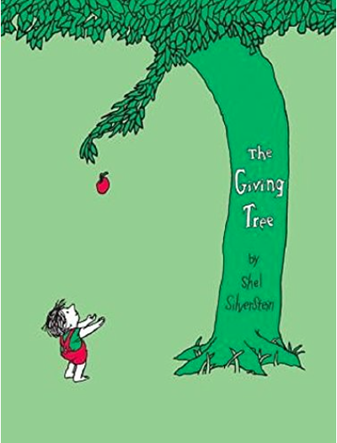 I've been given so much and yet daily struggle to pick up the phone, go to meet someone asking for help, ask for help myself, give money, donate time, let go of resentment, tell the truth,... the list goes on. Deep resistance signals my desire to play God and separate from others - even after so much Grace has been shown to me.

Jesus tells the story of an unforgiving (or selfish) servant.
"Therefore the kingdom of heaven may be compared to a king who wished to settle accounts with his servants. When he began to settle, one was brought to him who owed him ten thousand talents (billions of dollars in today's money). And since he could not pay, his master ordered him to be sold, with his wife and children and all that he had, and payment to be made.
So the servant fell on his knees, imploring him, 'Have patience with me and I will pay you everything' (realistic?). And out of pity for him, the master of that servant released him and forgave him the debt.
But when that same servant went out, he found one of his fellow servants who owed him a hundred denarii (about a day's wages), and seizing him, he began to choke him, saying, 'Pay what you owe.'
So his fellow servant fell down and pleaded with him, 'Have patience with me, and I will pay you.' He refused and went and put him in prison until he should pay the debt.
When his fellow servants saw what had taken place, they were greatly distressed, and they went and reported to their master all that had taken place.
Then his master summoned him and said to him. 'You wicked servant! I forgave you all that debt because you pleaded with me. And should not you have had mercy on your fellow servant, as I had mercy on you?' And in anger his master delivered him to the jailers, until he should pay all his debt." (Matthew 18:23-35)

"The fear of (selfishness) is the beginning of wisdom..." (derived from proverbs 9:10)
​
My Creator, I pray to allow your love to flow through me and out into the world, to keep letting go.
​ 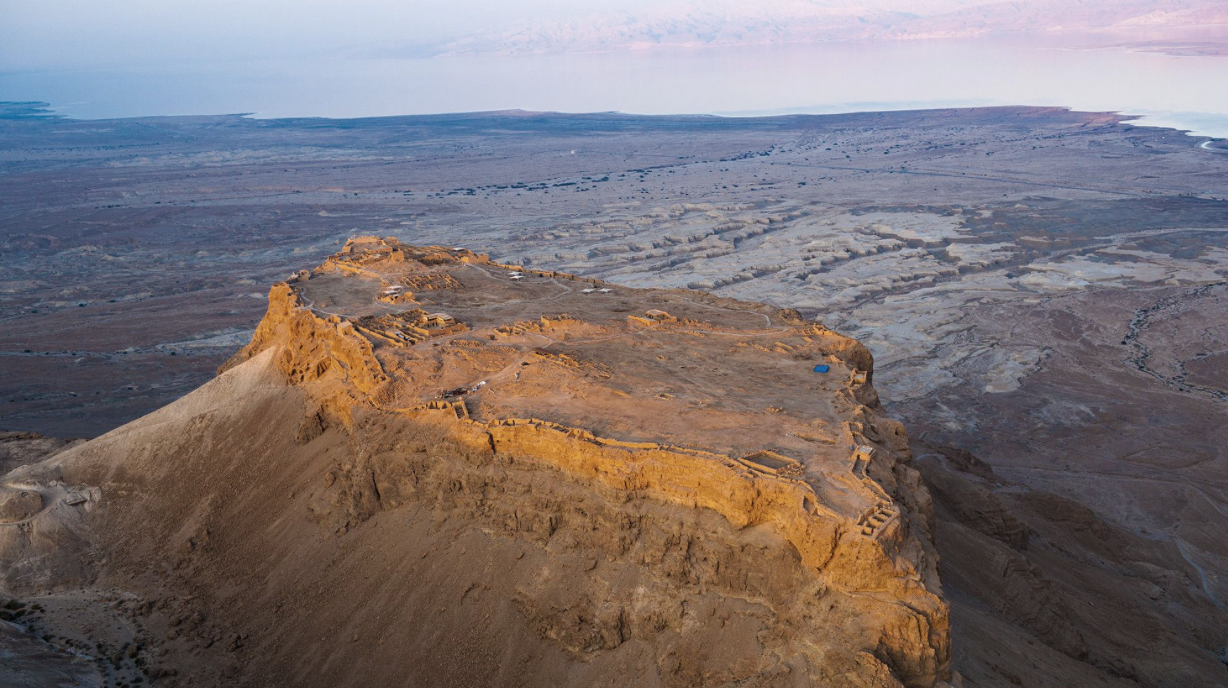