Jennifer Turner acts out a story.
"Two men, one black, one white, are facing execution the next day; the black’s innocent, the other guilty.
The white guy weeps and sobs,
'Oh my God, my God, help me! Save me! Help me! Save me!'
The black man gently whispers, 'Easy brother, easy now.'
The white guy throws his head back and wails, 'It's not fair! It's not fair!'
The black man touches his back gently and repeats firmly,
'I know. I believe you. Easy now.'
The white man throws his head back and with tears streaming down his face cries,
'That's easy for you to say! You're used to it!!'"
​
Some of us live out our days without consciousness, others with some consciousness when pain knocks very very personally on our own damn door, or greater consciousness when that pain merges within a full-of-light community of those "blind but now seeing" or those who have seen all along.
"But they all cried out together,
"Away with this man, and release to us Barabbas"
- a man who had been thrown into prison for an insurrection started in the city and for murder.
Pilate addressed them once more, desiring to release Jesus,
for he perceived that it was out of envy that the chief priests hand delivered him up,
but they kept shouting, "Crucify, crucify him!"
A third time he said to them,
"Why, what evil has he done? I have found in him no guilt deserving death. I will therefore punish and release him."
But they were urgent, demanding with loud cries that he should be crucified.
​And their voices prevailed. So Pilate decided that their demand should be granted."
(Mark 15:10, Matthew 27:18, Luke 23: 18-24)
False accusations and loud cries reaped the lynching. The execution of Jesus was an attempt to eradicate the spiritual truths he taught and walked, truths substantiated by numerous miracle healings.  His power, love, and way of life offended and threatened the religious authorities, the status quo, the machine, the oppressor.

Pilate gave in to the will of the crowd's persistent demand;  Pilate "let it go," "kept the peace," "went with the flow," "pointed his canoe downriver."  Full knowing the chief priests were envious and that they had power to manipulate the crowd, Pilate "washed his hands." Did he pause, pray, take a hard look at himself or at the truth, his motives? Was he powerless to push back and engage the crowd emotionally, intellectually, morally, spiritually?   I wonder what happened later? Did he see the error of his ways? weep at his blindness? surrender his powerlessness over his own and others' denial?  Pilate is the corner-cutter, the justifier, the guy who "tried to do the right thing;" Pilate is my people and me without the 12 steps.

I also could have been an envious chief priest or within the crowd calling for Jesus's death.  After all, the NAME Jesus was sandpaper for years; I scoffed at and shunned those who talked reverently or even positively about him, about church, who wore crosses or affixed fish to their cars.  Jesus represented establishment hypocrisy, zombie obedience, creative suffocation.

How did my attitude develop unnoticed, unchecked, under the radar, to such an extent? Creeping beliefs, unexamined ideas, sneaky lies inculcated via an almost inaudible cultural whisper to the point that someone like me, priding myself on my intelligence, was in a delusional stupor. My own experience proves I could have been a Nazi, Jim Crow sustainer, a Pilate, a Pharisee, a chief priest.  Unwittingly, I worshiped various "counterfeit gods:" as Tim Keller calls them: hip mentors, artists, the approval of others, money, worldly success, creativity, looking good, feeling good, prestige by association, cool "toys."

It's not a stretch at all to say I could lynch the innocent.

"My Creator, I am now willing you should have all of me,
the good to work with and the bad.
I pray that you now remove from me every single defect of character
that stands in the way of my usefulness to you and my fellows.
Grant me strength, as I go out from here, to do your bidding.
​Amen."
(7th Step Prayer, Big Book page 76)
Poem: Three Confessions 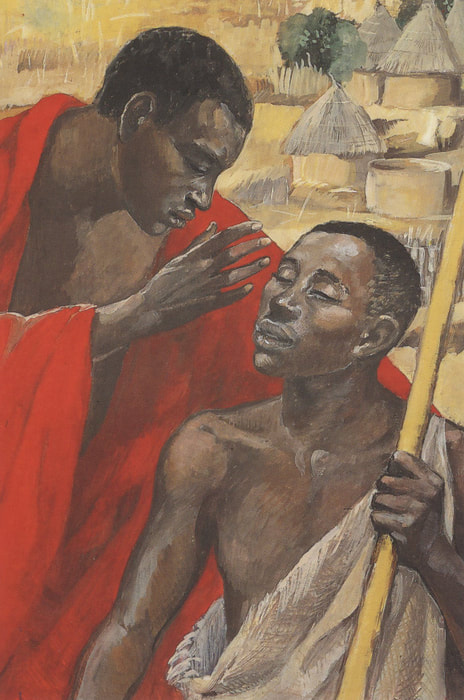