Saying 34
Jesus said: If a blind person leads another blind person, both of them will fall into a ditch.

In AA and the 12-Step "design for living," the blind don't lead the blind. "Having had a spiritual awakening as THE result of these steps, we tried to carry this message to other alcoholics." The process has opened my eyes, all three of them, but especially the third eye which might be expressed in the Big Book as "the sixth sense," the sixth chakra: to something beyond what I knew: to an on-going experience of seeing my self throughout each day: to the presence of a loving Power in my life: to the difference it makes to surrender to that Power moment by moment, one day at a time.

Can I see everything? Absolutely not. I still have tremendous blind spots but enough sight to equip someone else to walk evermore in the light.  That is the role of the sponsor in the 12-Step path, to pass forward a way to wear a new pair of glasses, an experience that removes scales from our three eyes.

If I don't know that I've had a spiritual experience, I'm blind to what has happened and will lead someone into a ditch of further ignorance, addiction, and suffering. I fear that! Sometimes it is all so uncomfortable that I fear I'm a channel for trouble... but pain is the touchstone of spiritual progress, not a symptom of spiritual death.

Saying 35
Jesus said:  It is not possible for anyone to enter a strong man's house and take it over forcefully unless he first ties his hands. Then he can steal from his house.

Strange that the first thing the oppressor needs to do is tie the hands. How do you get me to submit to hand-tying without force? Force is unnecessary. My experience is that I offer my hands of my own free will out of blindness to what is at stake. Once my hands were tied, the "anyone" enters to steal.

When the third eye is blinded, I am unable to discern danger. As a young person I was sedated by my culture, anesthetized to the world around me, as many children are. In that state, my parents were my "God" and soon failed, according to God's design. At those many crossroads, I turned outward to the world and found food, alcohol, men, approval from others, coolness, art, a myriad of counterfeit Gods that provided a stepping-stone life jumping from one moment of relief to another. I had no rudder but my own cravings and obsessions.

With my hands thus bound, everyone and the devil himself stole from me: my sex, integrity, faith, self-respect, compassion, words, intelligence, creativity,  love,
emotions, Spirit. The tub filled, the plug was pulled, and I sat there, in a cold empty tub alone with broken pipes, naked, damp, shivering, head and heart pounding, hopeless and for the first time admitting there was nothing I could do of myself to get clean. I had tried so many times, so so so many times. My hands were tied, my house was entered and taken over. My soul and life was stolen.

Saying 36
Jesus said: Do not worry from morning to evening or evening to morning about what you are going to wear.

To say, "don't worry about what you are going to wear"  is analogous to saying to a rabbi, "circumcision doesn't matter."  The law given to Moses mandated conformity to very very specific dress rules for Levitical priests.  Jesus is saying it doesn't matter?

Jesus is seeking Jeremiah's new covenant, the law in our heart, the "heart of flesh." From there, our clothing will be chosen, not to indicate conformity to the world but rather to God's will any particular day. Maybe one day, God needs me to wear Ralph Lauren with a Louis Vuitton purse so that a person within that "kingdom" can be awoken. Maybe the next day, he needs me to wear jeans and an activist's t-shirt to reach another, the next day a bathing suit, the next a taupe blouse with pleated pants, the next a sequined mini dress... whatever. God provides according to his plan. Clothing serves the Lord's purposes.

So easy to get caught up in that counterfeit God of clothing!!! "What will "THEY" think of me?" Self-centeredness rather than God-centeredness.

God provides food, shelter, clothes for all creatures. As humans moved out of Africa, into the climes of India, Australia, the Middle East, Central Asia, the Americas, and lastly Europe, we had to cover our skin, insulate our body heat to survive. As food security gradually developed over the millennia, clothing increasingly became a forum for more than just survival but also cultural and self expression. On the negative side, that developed into class stratification and identification through clothing.

Your purpose isn't expressed in your clothes. Worry about aligning with spiritual principles instead? 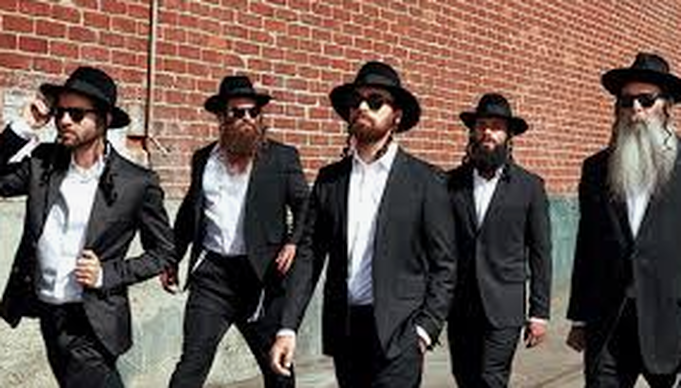