My soul, as I take the sixth and seventh steps through the years, gets lighter and lighter, emptying old ideas that burdened it. I'm going to translate "flesh" as "ego" for now. My ego is not dependent on my soul, but on God's Power, Love, and Way of Life. It takes the paradox of a process and the Power of God, both, to free me. My own soul can not liberate me from my ego.

My soul is not dependent on my ego, either. What a nightmare that would be. That would mean that every blow to my ego would cripple my soul. Every ache or pain would bring me down. As it is, living in the Steps, I am able to suffer and stay in my soul (or get back to it) through God's Power once more, not of my own doing.
​
Saying 113
They asked him: When is the kingdom coming? He replied, It is not coming in an easily observable manner. People will not be saying, "Look, it's over here" or "Look, it's over there." Rather, the kingdom of the father is already spread out on the earth and people aren't aware of it.

Yes, we experience this in Saying 3. The Kingdom of Heaven is not in the sky or the sea, but within you and me, within the Earth, its beauty, its creativity, its majesty. Doing the Steps opened my eyes to the kingdom around me, made me aware of it, and allows my eyes to be reopened, my ears to hear when blinded or deafened once more in the drama of life.

Saying 114
Simon Peter said to them: Mary should leave us because women are not worthy of the life. Jesus responded, Look, I'll lead her in order to make her male so that she can become a living spirit like you males are. For each woman who makes herself male will enter into the kingdom of heaven.

On my own, I could not have made head or tail of this! Cynthia Bourgeault suggests that "male" here does not refer to a person of the male gender but rather to the risen, reborn human being, emptied of ego and self, free and living in the Realm of Spirit. That makes sense. It's sweet, too, in that Jesus seems to be winking a bit, "I'll make her perfect like you guys! (not!)."
What a beautiful note to end the Sayings on, that we are all one. This allows us to understand more deeply how the two become one, why I feel so close to my sober brothers and sisters on the path. We are of single purpose, walking together.
​ 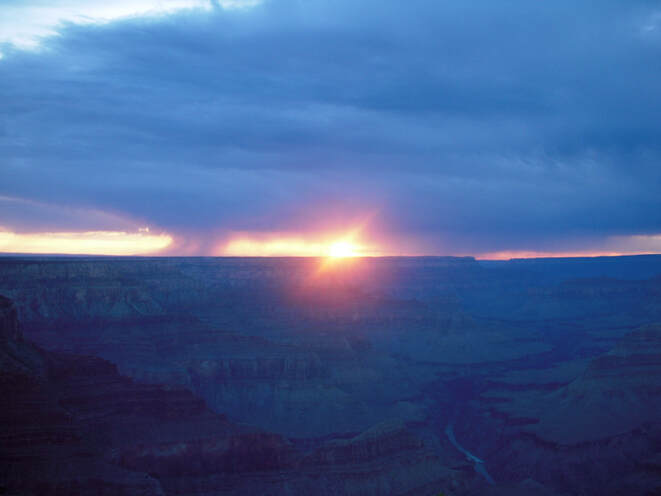