Saying 109
Jesus said: The kingdom is like a man with a treasure of which he is unaware hidden in his field. He died and left the field to his son. His son knew nothing about it and, having received the field, sold it. The new owner came and, while plowing, found the treasure. He began to lend money at interest to anybody he wished.

There seems to always an "if" paradox. "He provided what we needed IF we stayed close to Him and performed His work well."  (Big Book page 63).  Sobriety is grace, an undeserved gift... that requires both action and meditation (inaction of a sort). Of two brothers, the one who takes the right action is the one who has done God's will.  Jesus says to the woman caught in adultery, "Go, and sin no more." The treasure was found by the man who did the work, who "plowed." We have to dig down and do the work to find the treasure. With that we can be a blessing to all and get a return on that investment, too, in that it just keeps on giving back to us.
​
Saying 110
Jesus said: Whoever has found the world and become rich should renounce the world.

Nothing goes to the head like money, beauty, learning, power, a new shirt, respect, prestige, talent, love, good sex, good times. It's all from God. Give it all to God. That's what Alma, my sponsor, kept saying as she rocked herself home.

Saying 111
Jesus said: The earth and sky will roll up right in front of you. Anyone living from the living will not die. Doesn't Jesus say that the world is not worthy of one who finds himself?

Like the man who plowed the field and found himself, the one who finds himself has genuine humility... because it's not pretty from my experience! With time, God removes lots of gnarly defects and makes us lighter with Godly attributes like compassion, energy, generosity, clarity, simplicity, forgiveness, love, insight. We create space for goodness to grow, for others to find the path. The day my body dies, I suppose the earth and sky roll up in front of me. I believe I die, too, spiritually, in the many fifth steps I have done and as I surrender to this 12-Step path: I answer the phone and let go of my ambition to do some yoga, attend a meeting and am unable to people-please an employer, sponsor and am unable to take countless trips to the store, the movies, vacations.  This is how I am reborn and "live from the living." 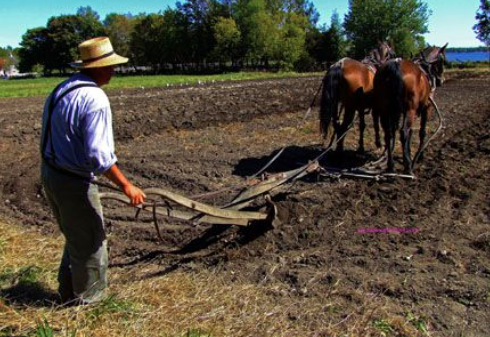